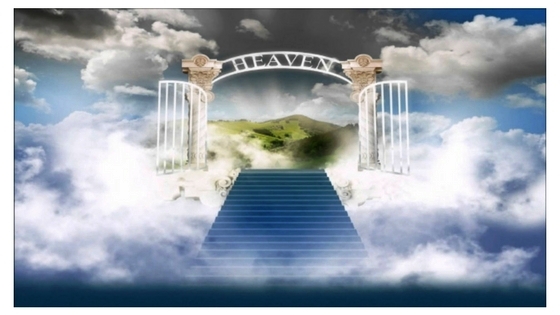 By Gary Washington – ‘The Uncle Gary’

WHEN GOD IS IN THE MIX everything becomes clear.  Miracles become apparent.  Things begin to happen for us that make no sense.  Its almost like magic.

Things that you could not find to save your life “fall” into plain sight.  You receive a telephone call that connects you with someone who possesses the missing part of a puzzle you’ve been trying to solve.  Deadlines you see no way to meet suddenly is now within your grasp.  What luck you say to yourself!  The money we were short to purchase something that would elevate our status in life is made available out of the clear Blue sky.  Overnight, we become a success where we were unknown and without a means of connecting with someone with the power and position to help us.

We miss God’s involvement in something that makes our life a little more complete.  We think it was a coincidence, luck or that we did something clever to make it happen.  We fail to connect our good fortune with God’s simple, smooth way of blessing us.  God uses a series of steps to accomplish His Will.  We think since we are not blessed with something we want (not need) right away, that God has failed us.  We don’t give Him the glory because we fail to make the connection between our good fortune and God’s quiet assistance.  So, we continue to keep our minds attuned with the natural world applying the laws of physics.  We seek a logical explanation for everything that happens to us.  We give no credit to the Holy Spirit since we can’t see Its work.

We don’t really believe in the Holy Spirit; we only believe in what we can hear, see, touch, smell or taste.  I mean, why believe in something we cannot prove exists.  But, if we actually trace back to the source of something we received that put us in a better place, we would notice it was all a logical, finely tuned sequence of events.  We did not pay attention to all of the little pieces that came together to produce our good fortune.  But if we carefully review the steps that got us to where we are – when we did not play any role in it, we will begin to understand how God works.  We will learn how He works.  We will see His “Footprints or his so-called fingerprints”.  We will begin to realize that God does not work in mysterious ways;  we just overlook the way He carves out our blessings.  To put it more clearly, His blessings for us may have been put into place years ago only to reach us today.

For example, in my story,  My Long Journey Home, you will read about how I had a nice apartment in Detroit.  One morning I had been using drugs.  Needing some more, I caught the bus to a Meijers in another county.  I decided I’d steal something out of Meijers.   I got caught and went to jail.  I couldn’t afford an attorney so the court appoointed one.  The attorney was a female who was good friends with the most lenient judge in the court – who also happened to be a female.  I was assigned to that same judge.  My lawyer got me probation and I was released to a drug treatment center.  My probation officer turned out to also be a female who was very lenient and kind to me.

I started working for this treatment center when I completed the 90-day program.  I was put in charge of a three-quarter house.  Eventually, I started using again and got fired.  This made me homeless in Pontiac.  I was from Detroit so I was lost.

I found my way to a hospital that sent me to a mental institute in Detroit.  After about 30 days, this mental institute released me and I was homeless after losing my apartment.  As I wandered the streets, I crossed paths with a guy that could see my pain and distress.  He pointed me in the direction of the “Detroit Rescue Mission” for the homeless.

After I signed the papers that would connect me and my biological family, one of my nieces flew me to lasVegas where I have 4 nieces and a sister.  I live with one of my nieces and my sister in a nice comfortable home.  I am now doing so well.  I have been here for about a year.  I no longer use drugs.  See my About Me section of my website.

So what was God’s handy work that reunited me with my biological family?  Consider these “so-called coincidences”:

1.  Had I not commited the crime, where would I be?

And on and on…  These were not accidental happenings or luck – my life was carefully sculptured and paved by God.  I was predestined to fulfill what God intended for my life and it was certainly not being homeless and on drugs.  He blessed me with too many talents for that.  The final blessing was from the “rags of Detroit to the riches of Vegas”.  I am now impacting, with my story, the lives of thousands of people who have lost their way and youths who have yet to begin their life’s journey.